Coffee near me: the Klatch Coffee story 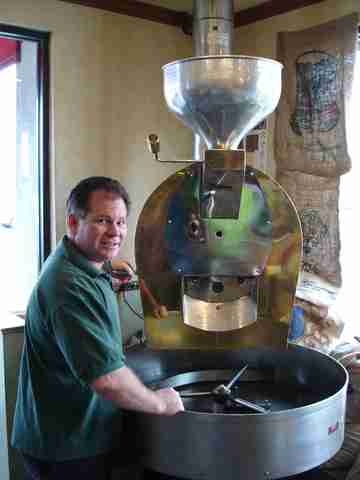 1993. Mike Perry was 30 years old. He’d dropped out of college at 18 because he was working construction and enjoying it.

“At the time, I was making good money, sixteen bucks an hour back then,” Perry recalls. “Life was pretty good. I decided why not take a semester off.” Twelve years later he had a wife and two young girls and the proceeds of a successful construction company he’d just sold. Perry went back to school to study biochemical engineering, in part to set an example for his daughters, Heather and Holly. But he quickly realized, not working, that his money wasn’t going to last. He considered dropping out yet again.

Then Perry had another idea: coffee. With two young kids, Mike and Cindy didn’t have the time or energy to go to bars or nightclubs, so they had started going to coffee shops for weekly date nights. They loved the ambiance and would have a coffee or cappuccino and a dessert. So the thought occurred to them, “You know what? We could open up a coffee house....We love everything about it, and we think we could do a better job on the coffee.” 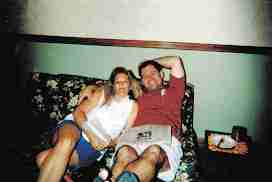 The Perrys decided to have it all: Mike would continue to pursue his engineering degree, but in the meanwhile, the Perrys would also engineer a new and better coffee house. As they considered what to name it, Cindy remembered her grandma getting together with her friends for a “coffee klatch, Dutch for coffee and conversation.

“That is what it was all about, having coffee, talking to friends,” Mike said. “And getting things going.”

Thus was born Klatch Coffee, and thus began a journey to some of the best coffee the world has ever known.

Coffee near me: a history

“Coffee is universal in its appeal...All nations do it homage. It has become recognized as a human necessity. It is no longer a luxury or an indulgence; it is a corollary of human energy and human efficiency. People love coffee because of its two-fold effect—the pleasurable sensation and the increased efficiency it produces.” William H. Ukers, All About Coffee

If you’ve ever been out and about, suddenly had an urge for coffee, and used your phone to help satisfy that urge, you know the gravitational force that drew Perrys in: “Coffee near me.”
These three words represent the elemental pull of coffee, and the love affair between humans and the coffee bean that began a thousand years ago in Ethiopia. William H. Ukers called coffee “the most grateful lubricant known to the human machine” in his definitive history, written in 1922. In the century that followed, coffee continued to boom; today, more than two billion cups of coffee are consumed worldwide every day, 400 million cups in the United States alone.

Coffee near me, indeed.

The first Klatch coffee house opened in Rancho Cucamonga at the site of a former winery. Klatch was an immediate hit. Four years later, in 1997, just after Mike graduated with a degree in biochemical engineering from UC Riverside, Klatch opened up a second shop in San Dimas. One day around this time, Mike got what would prove to be a fateful call from a friend.

“Hey Mike, you are into coffee, right?” the call began. It turned out his friend had just bought a coffee roaster and didn’t know how to use it. He thought Mike might be able to figure it out.
“I don’t know if you know anything about engineers,” Mike said, recalling this moment. “But the problem with engineers is we can do anything.”

Mike went to the manufacturer of the roaster, in Idaho, to learn how to roast. But that wasn’t enough. “Kind of like teaching a chef how to use an oven,” he recalled. “Nice people, bless their hearts, but they don’t teach you how to roast. They just teach you how to use a machine.” So like any good engineer, he taught himself; Klatch Coffee became one of the first coffee houses to take the flavor of coffee to another level through the exactitude of scientific method.

“I ended up actually applying what I learned in school,” Mike said. “When I would roast I would document every single variable -- time, temperature, airflow, flame -- and write them all down. And I would taste it, just like a chef tasting his food, and based on how it tasted, I would go, 'Oh, I want to go a little bit lighter next time. Or I want to do it a little bit quicker.' I'd change a variable at a time.”

Klatch had taken its coffee more seriously since its beginnings, becoming one of the nation’s first “multi-roaster” coffee houses as Mike sought out the best beans and best roasters he could find. “The problem is all of them could do something right, but they couldn't get it all right,” he recalled. Roasting his own beans unlocked a new world of possibilities for excellence. Soon Klatch had purchased its own roaster, and soon the demand for Klatch’s beans extended beyond its coffee houses and into restaurants and other coffee shops.

The history of coffee is often discussed in terms of waves. The first wave began in the 1800s and was characterized by brands like Folgers and Maxwell House, who sacrificed taste and quality for mass production but were successful in more widely popularizing coffee in the United States. The second wave began in the late 60s and early 70s, as Peet’s and Starbucks launched stores that focused on higher-quality beans and dark-roasted coffee and introduced many Americans to espresso-based coffee drinks. The third wave dug deeper into the flavor possibilities of different beans, exploring lighter roasting to let the bean’s flavor better speak for itself. 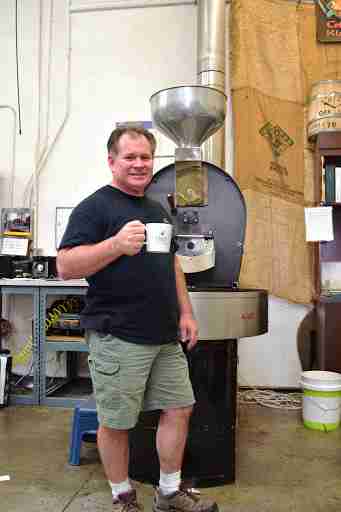 Klatch was a pioneer in this. Once Mike Perry launched his exploration into the coffee bean, it was game on. The scientist in him, combined with his natural affinity for all things coffee, meant the Klatch was among the first in the coffee industry to take the pursuit of taste to its highest level.

“Science combined with the artistry of taste,” Mike said. “We combined the two together.”

Improving roasting was only the beginning. “I wanted to get even better coffee, and I said, 'How can I get better coffee?'” Perry recalled. He realized that to further refine taste meant going to the source. On his first trip, to Costa Rica, he began to understand that two layers separated most coffee houses from control over the quality of their beans: first the importer, then the people in other countries representing growers. 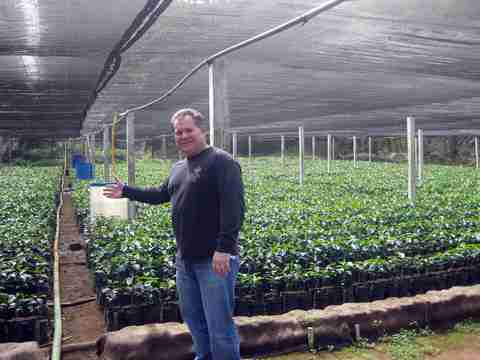 “I'm buying one coffee,” Mike said. “But this guy where the mill is, he represented 100 different farmers. And they were all a little bit different.' And I started tasting it and thinking, 'Wow, there's other great coffee out there!' I realized at that point that to get better coffee I had to go to the source. And that's how we started our direct trade model of sourcing coffee.”

Mike has been circling the globe ever since. Before direct trade was a buzzword, Mike was living it. He went straight to the growers themselves. Klatch became one of the first artisanal coffee houses with its very own “green buyer,” as coffee hunters are known in the trade.
As Mike developed relationships with farmers the world over -- with monthly trips to areas in Africa, Central and South America, and Indonesia -- his knowledge extended from roasting to buying to the exact terrain and particular care exerted in each individual picking. He learned where the best coffee in the world was, down to the square hectare, and who was best at producing it.

“Coffee near me,” in this context, isn’t just about an internet search. It’s about a quest to understand every aspect of coffee, from soil to bean to cup, in order to make the best coffee possible. Mike Perry has taken this quest to its farthest-flung and most local extremes. He’s created a coffee company that offers to bring the best in all things coffee near you.

This has put Klatch at the forefront of the fourth wave, in which the cultivation of coffee and the exaltation of taste rivals the refinement of the finest wines.

“I think we are almost somewhat today leading the Fourth Wave,” Mike said. “The first wave was obviously the commercial coffee, the second wave was the dark roast with Starbucks, the third wave was roasters coming and roasting so light you could actually taste the nuance of the coffee. Now we are highlighting the varieties, the farmer, the specific micro-lot, where we are being able to tell that story. And people can taste the difference. That is the best part of it; it's not just marketing, it's not just a story -- it's really more about the taste.”