We Play to Win: Klatch Competitions with Heather Perry 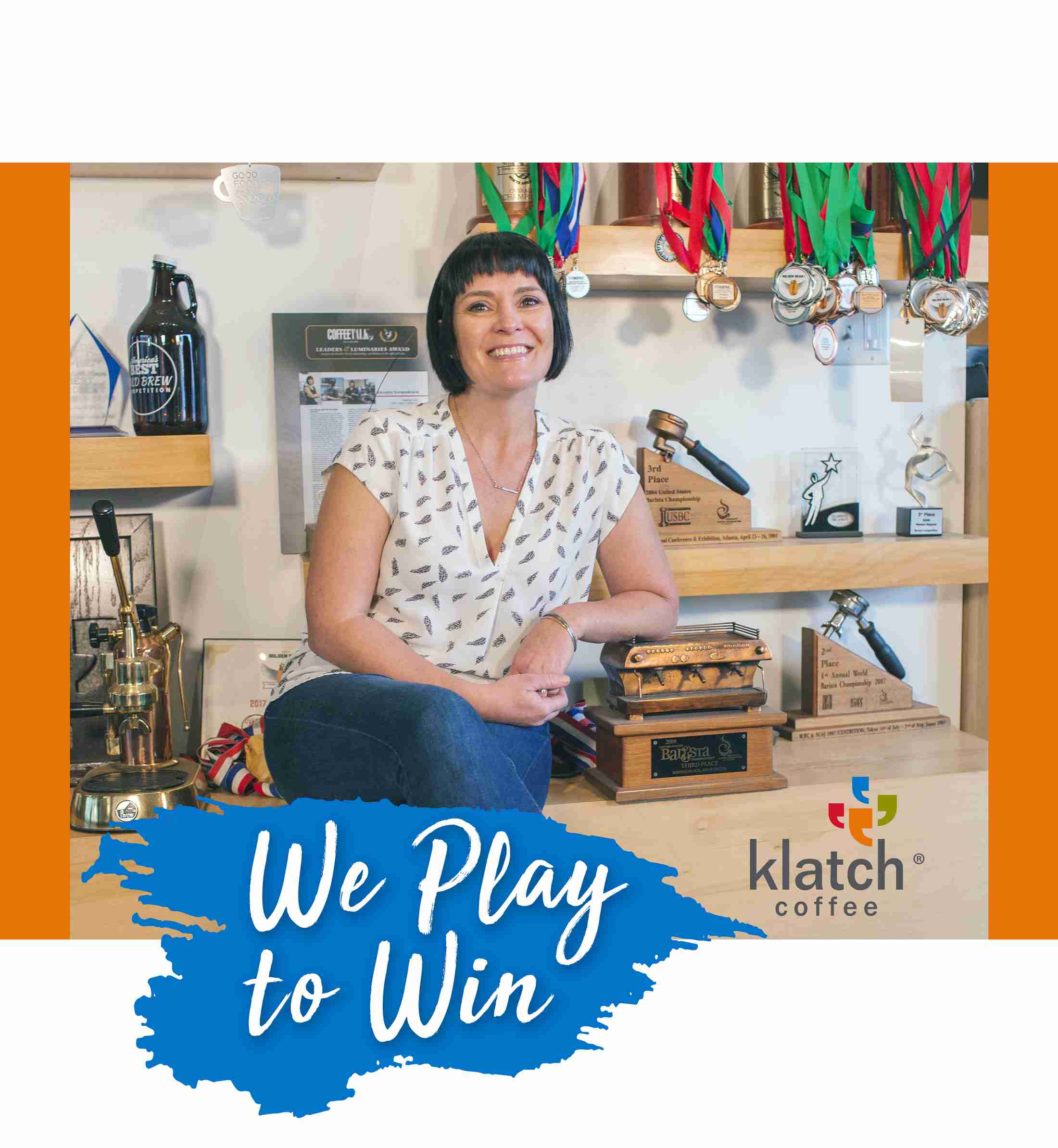 If you know anything about Klatch, you know that we play to win. Klatch has been competing on the world stage of coffee since 1993 and we’ve got the awards to show it. But it’s not just about winning for us: the pursuit of great coffee, and how we’ve celebrated as a family, is the ultimate reward.

The Golden Bean, the US/World Barista Championships, and Coffee Review are heralded in the coffee world.

The Golden Bean is the World’s Largest Coffee Roasting Competition.

And if you want to know how a coffee stacks up to its competition, you read Coffee Review, the world’s leading coffee guide.

Rather than get into the details of what each competition entails (you can read more at the links above), we talked with Klatch CEO and Barista Champion Heather Perry about what each of these competitions means to Klatch Coffee specifically—what’s the story? What are some of the joys and challenges of competing? 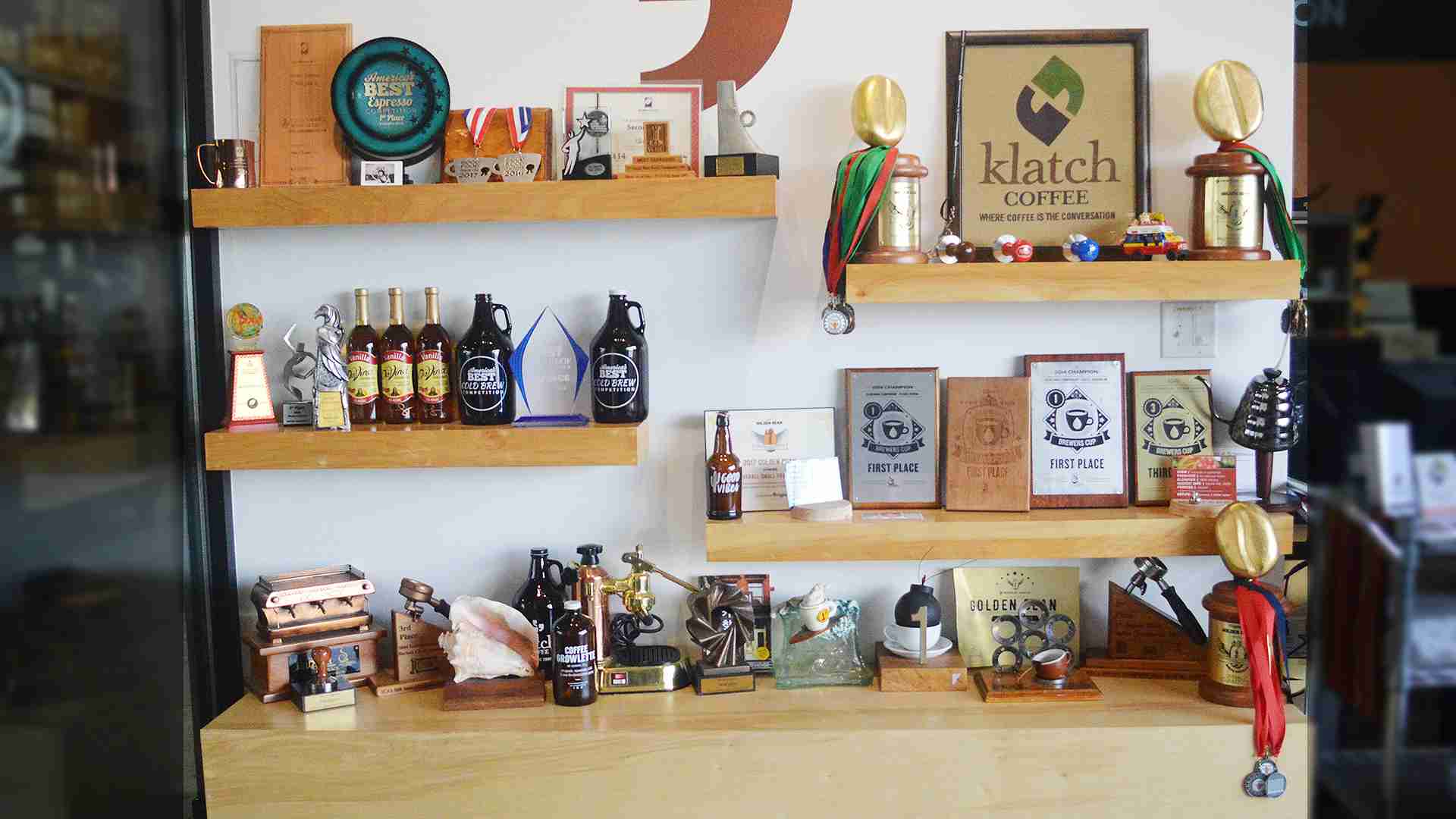 "What’s interesting about all of these competitions is that because we are a family business, they all come with family stories. For instance, with the US Barista Championships (USBC), a fun memory from the first USBC was the drink that I used to win that year.

My mom and I were at a farmer’s market in Santa Monica and I found a lemon verbena plant, and I loved the smell. I told my mom I was going to make a drink with it, and she said no, that won’t be good.

If you know me, you know that if you tell me it’s never going to work—I’m going to make it work. And that was the birth of the Naked Verbena and my first USBC win! We still serve that drink every summer at our stores. 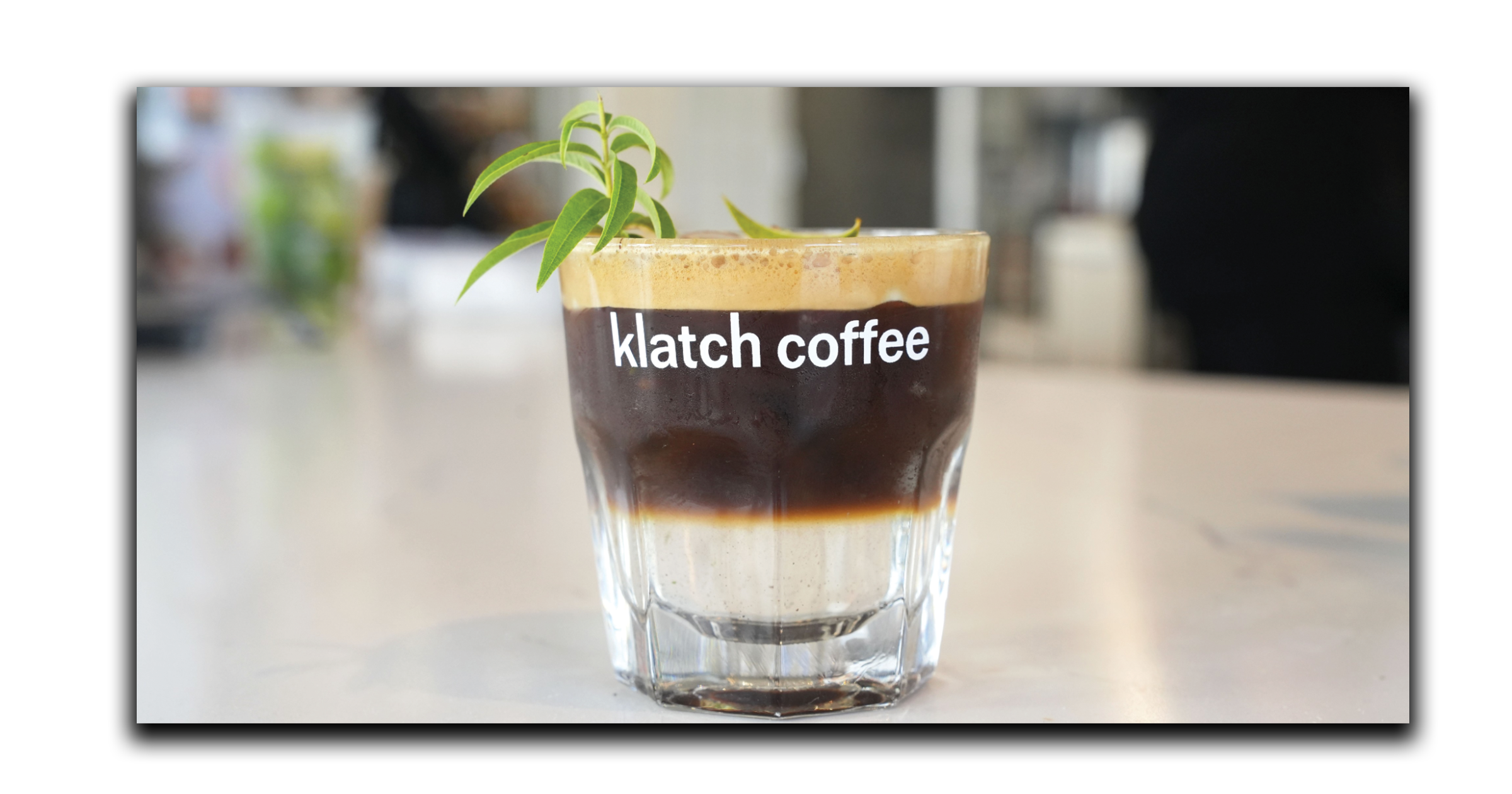 That year, the US also hosted the World Barista Championships (WBC), and [with the timing], I had to go compete in the WBC the day after winning the USBC. So it was intense and interesting, but overall, a great experience—and I got Top 10! 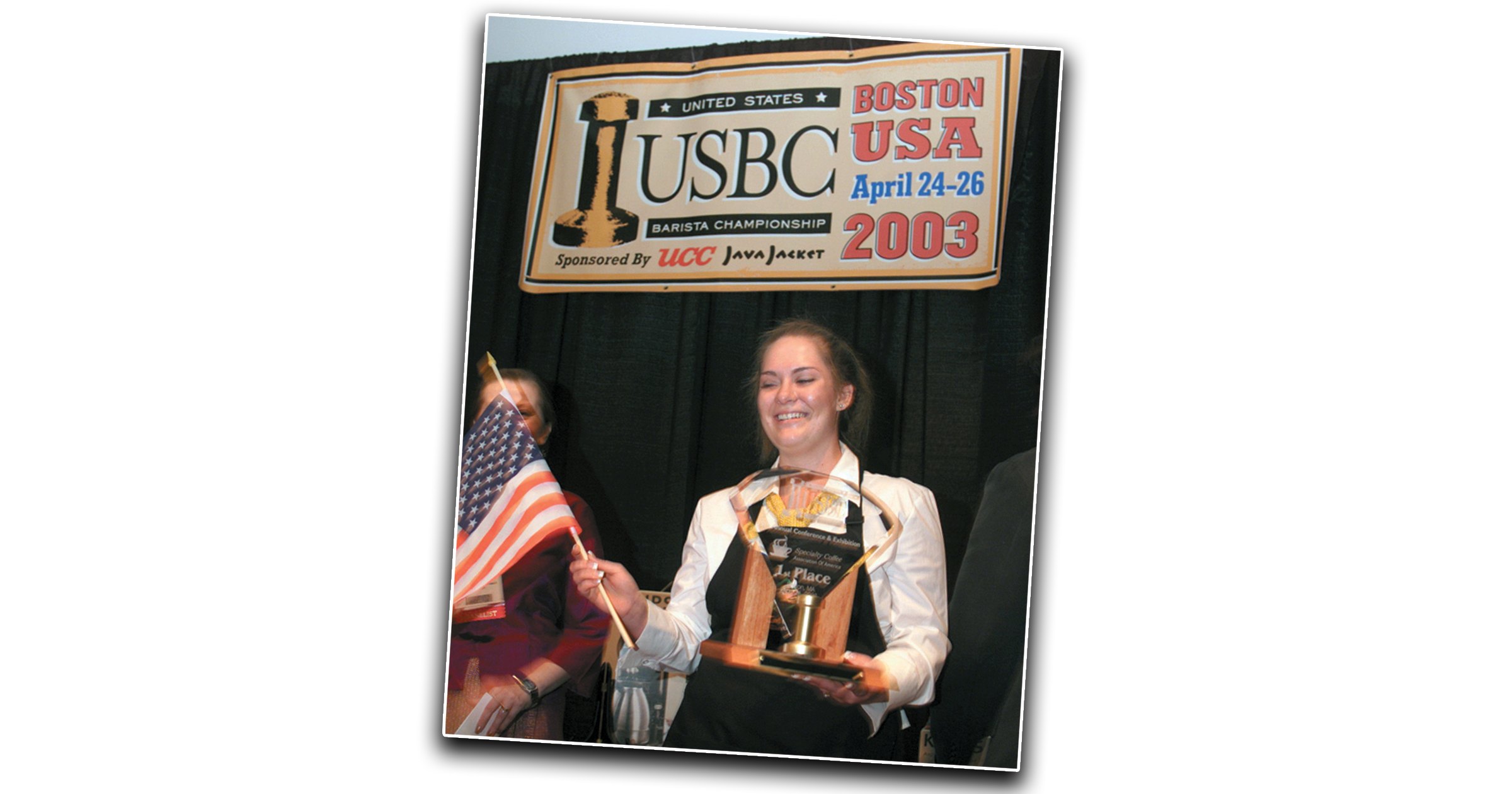 At every barista competition, my family’s been with me, which is amazing. For example, in Tokyo—when I took second in the WBC—my now husband carried my grinder on and off the plane, in and out of overhead bins. I was not going to check it! 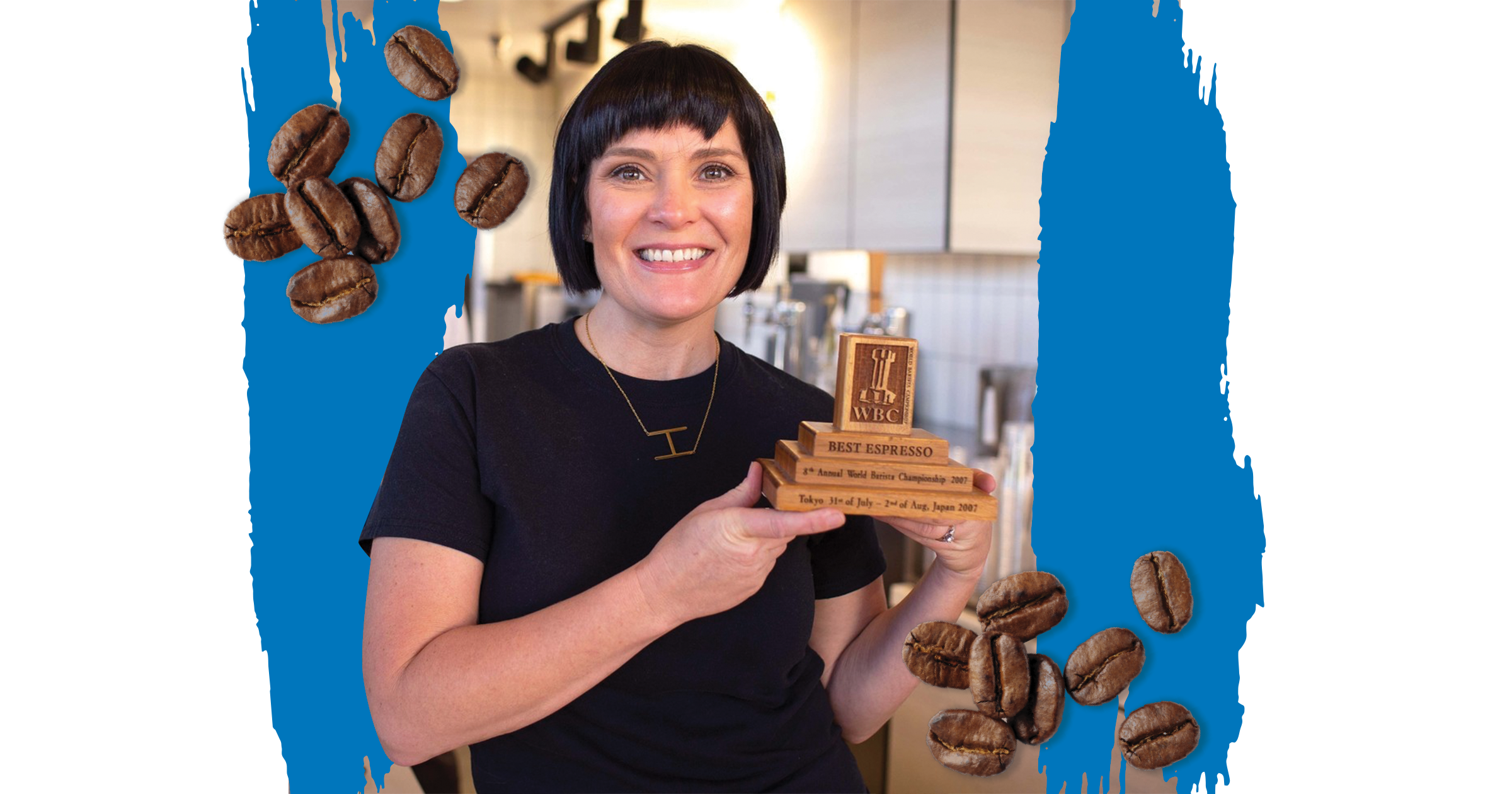 In 2007, Heather took home second in the WBC (World Barista Championships), the highest finish ever for a woman and for an American

When it comes to the Golden Bean, the first year that we competed, my dad initially didn’t go to the competition and then decided at the last minute to go up. Totally separate from that, I was very pregnant with my daughter at the time. So my parents are driving back from a little vacation in order for my dad to fly up, when I call to say I’m having a baby, and I had that baby fast!

My parents came to the hospital, got to meet [baby] Peary, and then my dad took off to Portland, where he won his first Golden Bean! We always know when it is because it’s my daughter’s birthday. It’s really meaningful to have those go together. 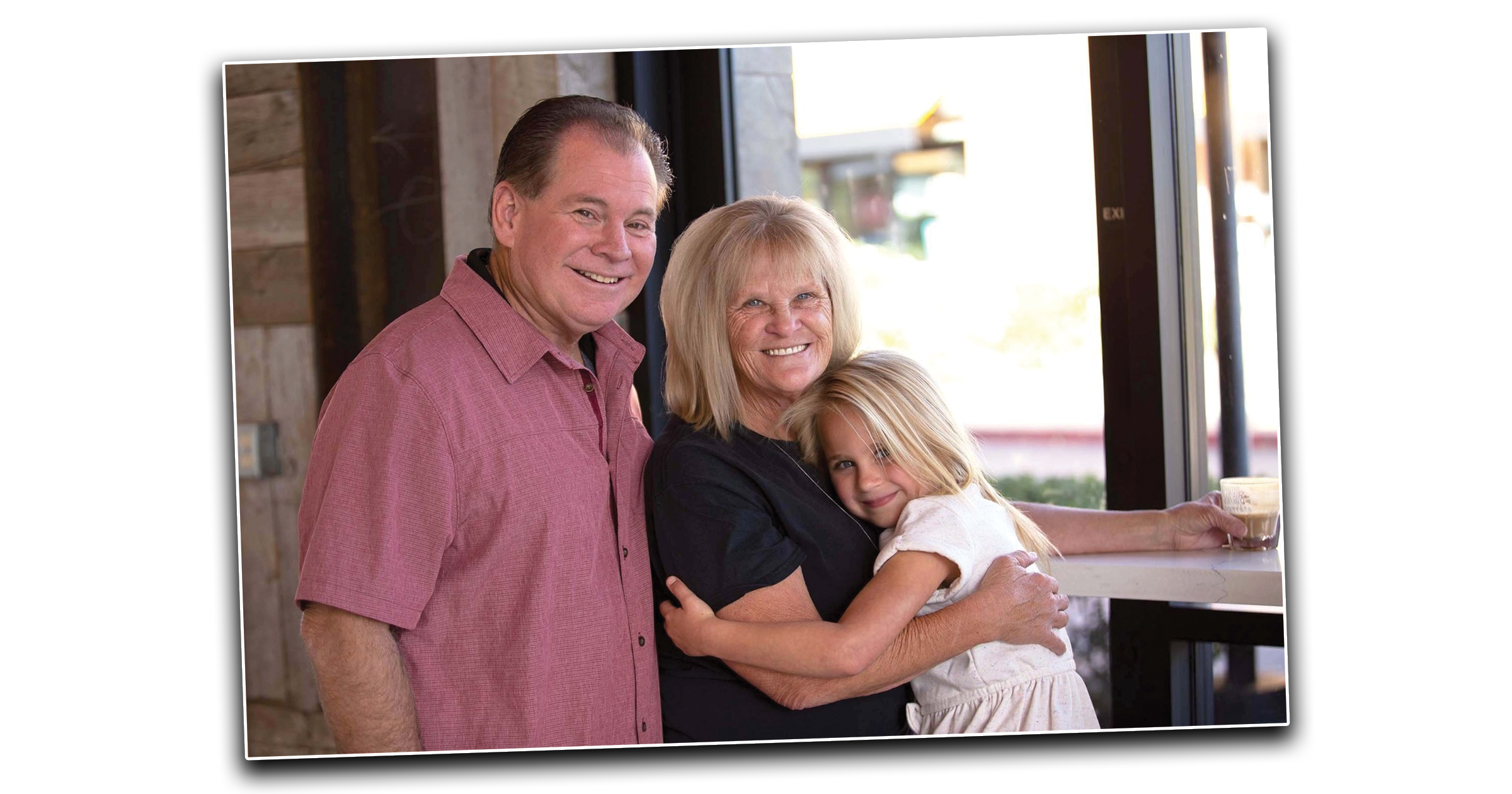 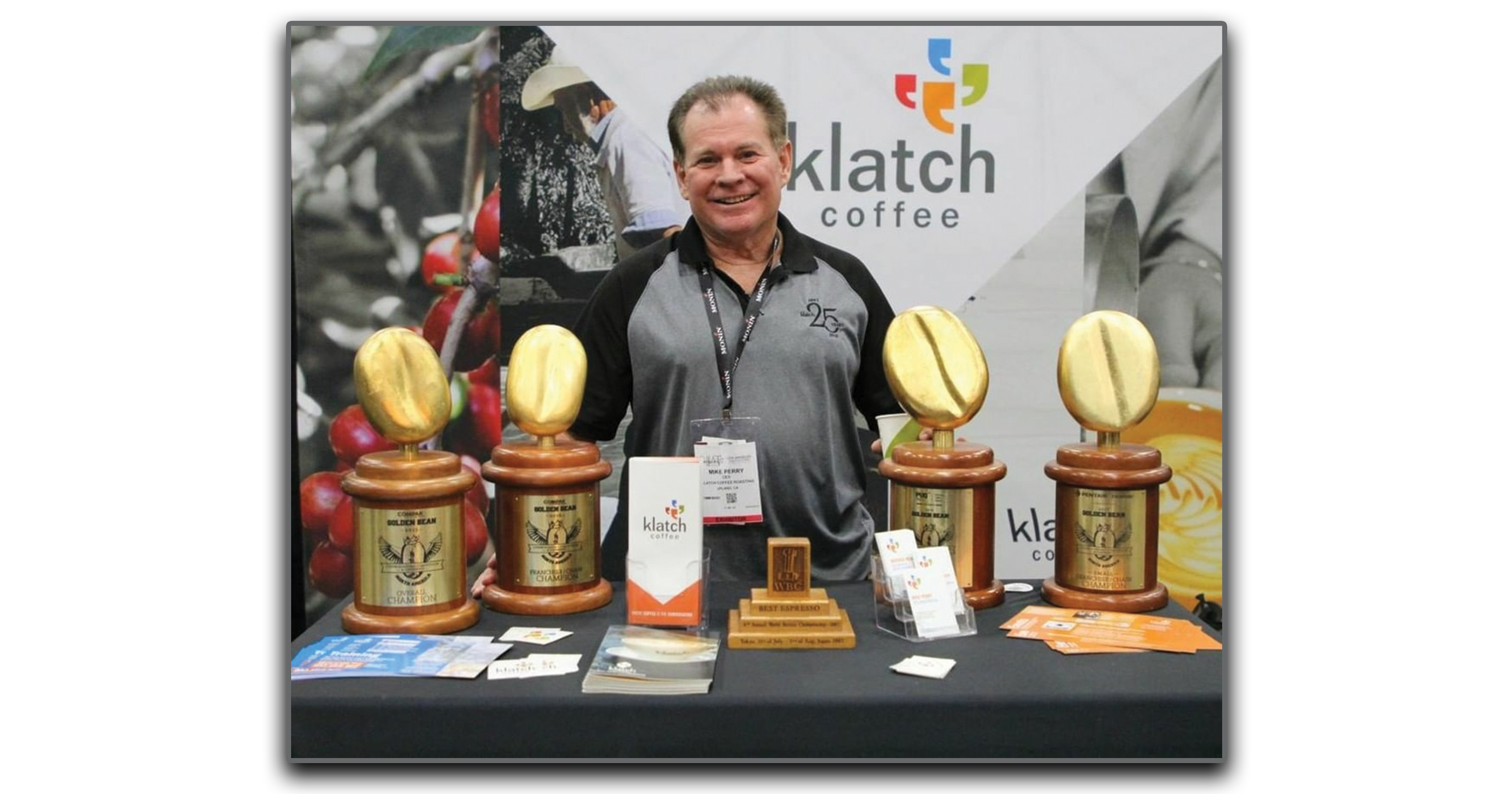 Competition, for us, is a way to live out the Klatch core concept that coffee is never finished." 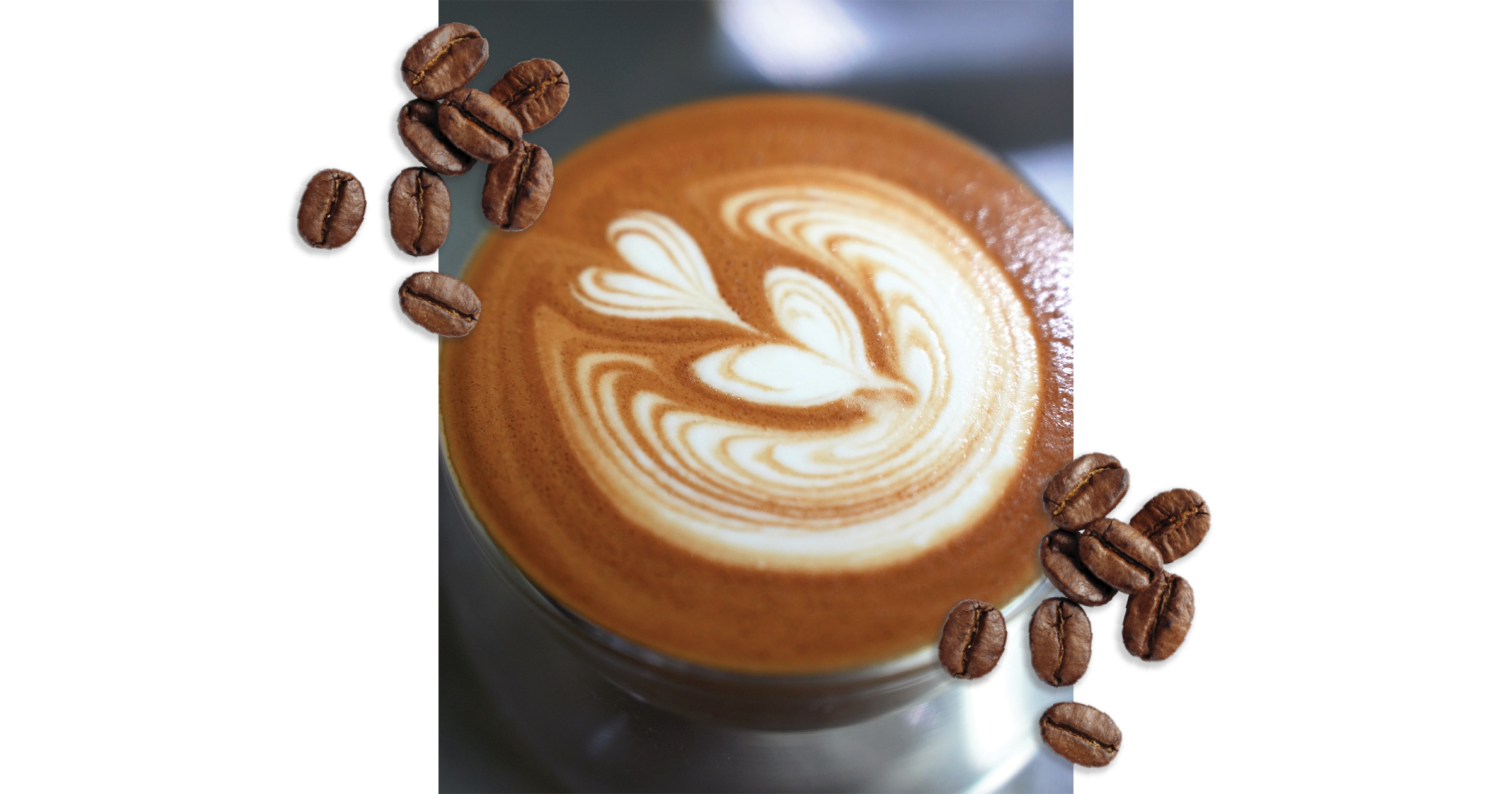 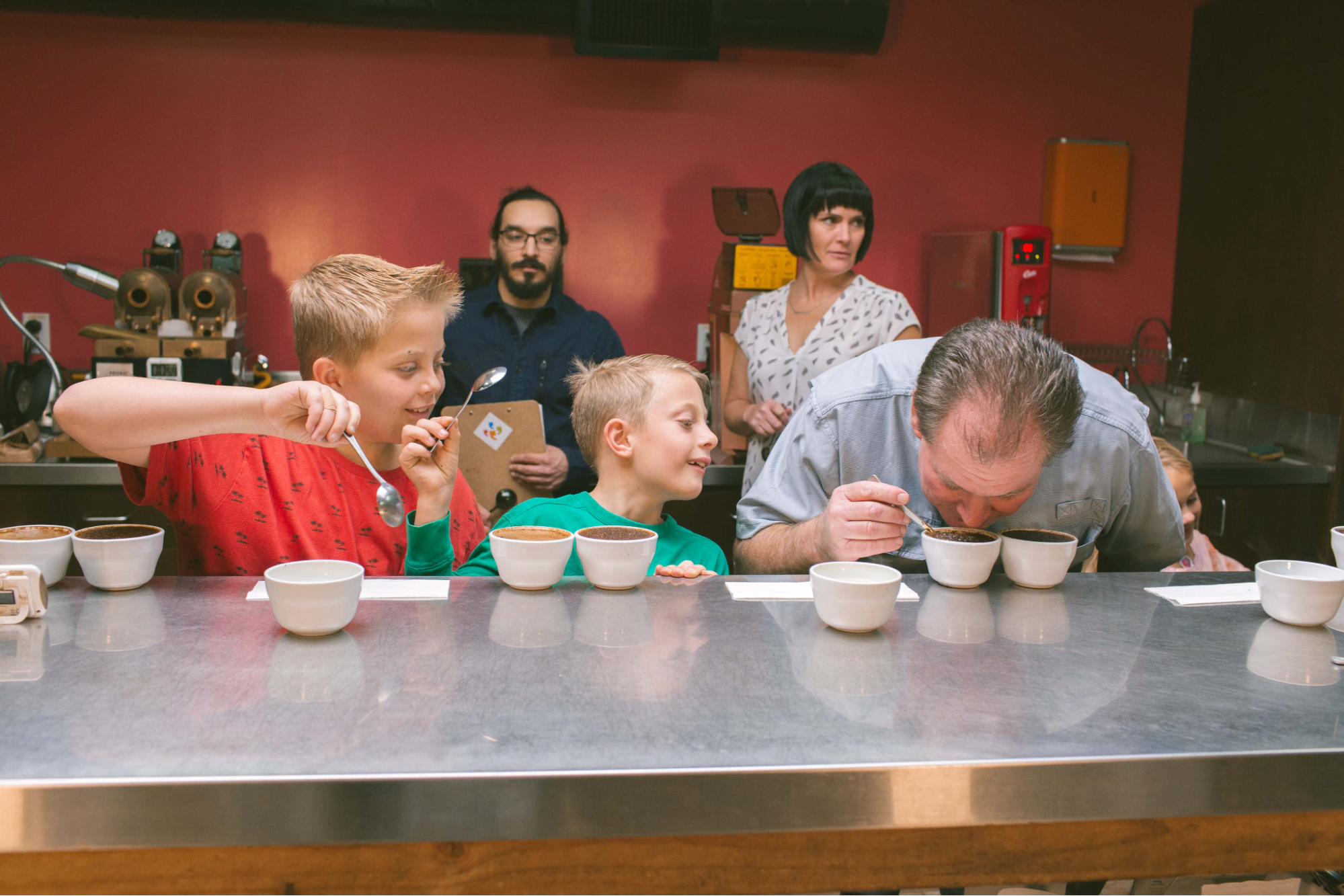 Photo of Roastmaster Mike cupping with some of the grandkids 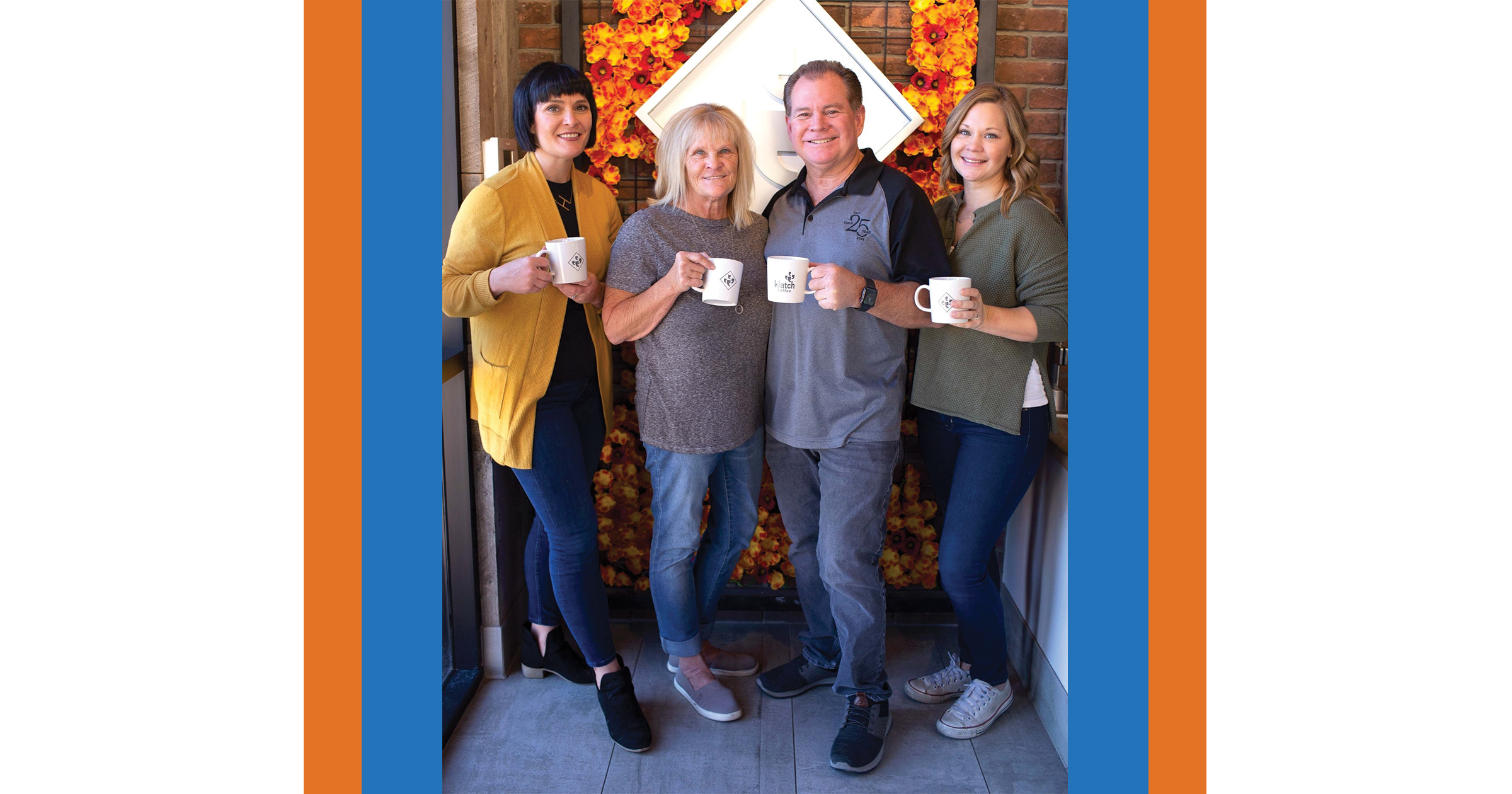 From left to right: Heather, Cindy, Mike, and Holly