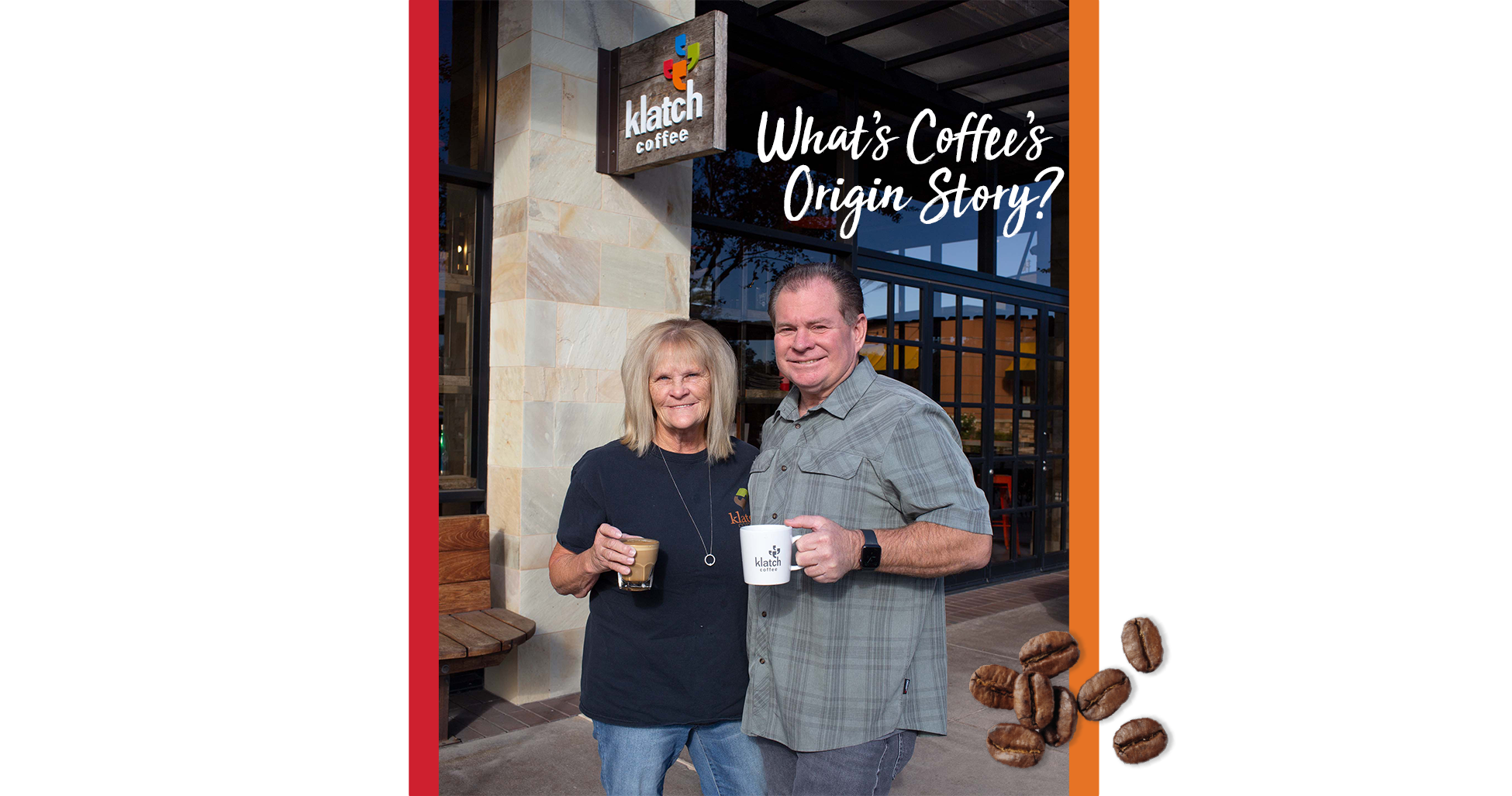 We just celebrated National and International Coffee Day here at Klatch, which has us thinking about the origin stories surrounding coffee and the history of how coffee became beloved worldwide.

Both Ethiopia and Yemen have a rich cultural heritage of coffee, dating back over a thousand years, and each have their own legends about how coffee was first discovered.

Legend has it, the origin of coffee in Kaffa, Ethiopia began over a thousand years ago, when a goat herder named Kaldi noticed his goats becoming unusually energetic after eating some red berries. (This is where the name of our best-selling Crazy Goat coffee comes from!)

Curious, Kaldi took some of those berries and shared them with the other monks at the local monastery. Some say that the monastery’s abbot called them a devilish temptation and threw the berries into the fire, allowing the unique and aromatic smell of roasted coffee to rise from the fire.

Others say that some of the monks simply created a drink with the berries and found that it kept them awake during the long hours of evening prayer. However the events occurred, knowledge of the energizing coffee berries spread, and coffee was born. 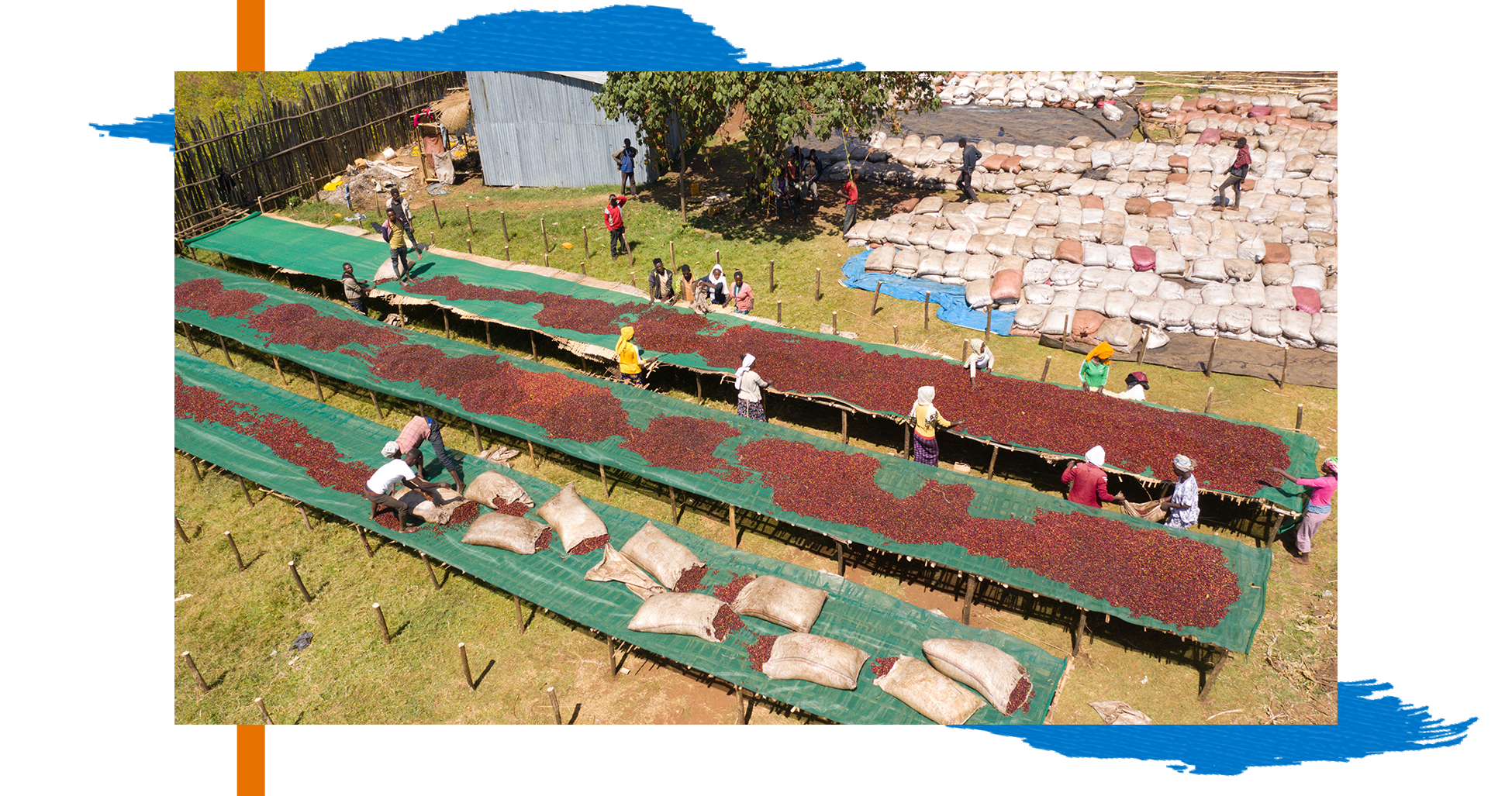 There are a couple of coffee origin legends that are more well-known, one that claims that coffee originated in Yemen. The story centers on Sheikh Omar, a doctor/priest and follower of Sheikh Abou’l Hasan Schadheli from Mocha, Yemen, who was exiled to a desert cave close to Ousab Mountain.

On the verge of starvation after some time in exile, Omar found the red berries of the coffee plant and tried to eat them. Finding them too bitter to eat raw, he threw the berries into the fire.

This coffee cherry roasting method hardened the berries. When Omar attempted to soften them by boiling the berries in water, he noticed the unmistakable aroma of the increasingly brown liquid and decided to drink the coffee juice rather than eating the beans. Finding the drink to be revitalizing, he shared his tale and his exile was eventually lifted, returning to his hometown of Mocha with the berries he had discovered. A monastery was built in Mocha in Omar’s honor.

Yemen is the origin of the term “mocha”, originally referring to the city of Mocha on Yemen’s Red Sea coast. (Our Mocha Java gives homage to coffee’s Yemeni and Indonesian history.)

In the 1500s, roasting and brewing became common in Arabia, and coffee tents, and coffee houses started springing up as community meeting places.

European travelers to the Near East shared stories with their friends about a unique dark black beverage. By the 17th century, coffee had made its way to Europe and was generally popular, although there was some controversy among the local clergy. The local clergy viewed this new beverage skeptically, and condemned it when coffee was brought to Venice in 1615. However, once Pope Clement VIII was asked to intervene and tried it for himself, he found the drink so delicious that he gave papal approval.

Coffee began replacing the common breakfast drinks of the time—beer and wine. Those that started their day with coffee were more alert and focused as they started their workdays. Coffee houses quickly became centers of community and communication in major cities such as England, Austria, Holland, Germany, and France.

In 1614, a delegation of merchants and horticulture specialists visited Aden, Yemen in order to learn how coffee was grown and processed, transporting a plant from Aden to Amsterdam two years later. From there, coffee tree seeds were sent throughout Dutch colonies such as Java, Indonesia.

(Did you know that our name, Klatch, comes from the Dutch word meaning, “coffee and conversation”? More on that here. Our co-founder, Cindy Perry, is from the Netherlands.) 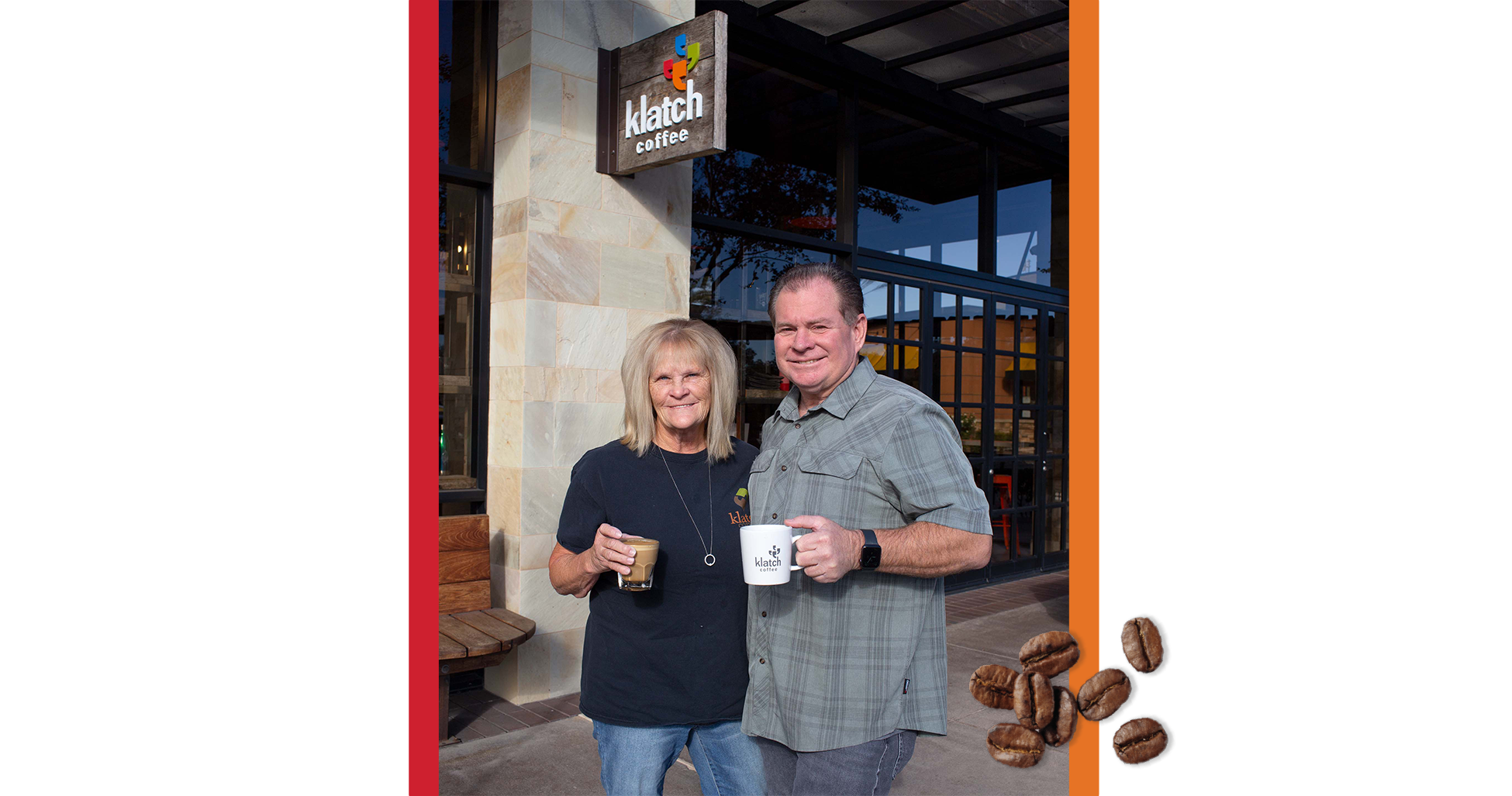 Coffee Expands to France, and from there, throughout the Caribbean, South, and Central America

In 1714, the Mayor of Amsterdam presented a gift of a young coffee plant to King Louis XIV of France, which the King ordered to be planted in the Royal Botanical Garden in Paris. In 1723, Gabriel de Clieu, a young naval officer, obtained a seedling from the King’s plant, transporting it to Martinique, France.

This seedling is credited with over 18 million coffee trees on the island of Martinique, and is also known as the parent of all coffee trees throughout the Caribbean, South, and Central America. 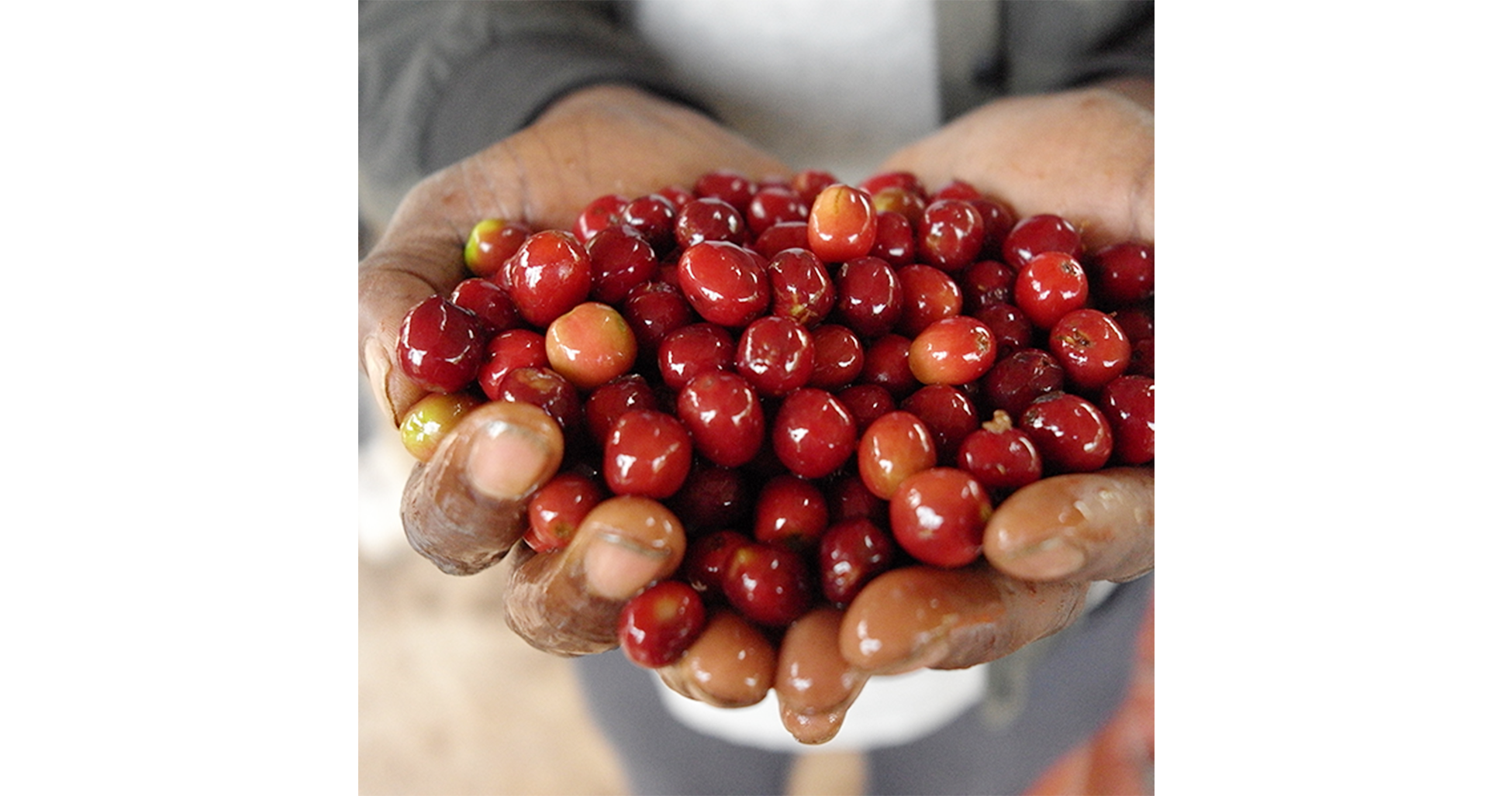 More About the Origin of Coffee

Interested in reading more about the origin and different varietals of coffee? Check out our other blogs:

Speaking of Varietals, have you tried our NEW Geisha?

Geisha Coffee is a varietal that originated in Ethiopia and is most well-known in a specific location and microclimate in Panama, making this a rare, high-scoring variety that routinely breaks records at auction.

As seen on “Billions”, setting the world record price of over $6k a pound for coffee, Klatch is proud to once again offer 2 unique geishas from the Lamastus Family and their award-winning Elida Estate.

Looking for a Fall Blend?

Our Candied Apple Fall Blend is available for a limited time, with flavor notes of molasses, candied apple, and dates. Enjoy as a drip or espresso.

Learn Something New About Coffee?

If you’ve enjoyed our dip into the origin stories of coffee and some of its history, share our post with a friend!